Helpful Information about Mandalay in Myanmar 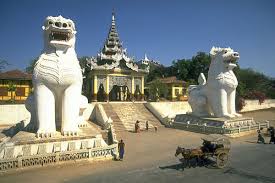 Myanmar is known as a union in Southeast Asia. Its neighboring countries include Bangladesh, China, Laos, Thailand, and India. It can be found just along the coastline of the Bengal Bay and Andaman Sea. This country was known in the past as Burma and had officially changed its known years ago. Mandalay is one of the biggest cities in Myanmar which was previously known as Burma. It was also the last royal capital of the country. It can be found just on the northern side of Yangon which is on the east bank of the Irrawaddy River. Mandalay is known as the economic centre of Myanmar and it was considered as the centre of culture as well.

Because of the continuous migration and arrival of Chinese nationals into the place coming from the province of Yunna, the past 20 years has been very crucial because it reshaped Mandalay into a new and commercialized city. Although, some Burmese noticed that Mandalay is becoming more of china and the old Mandalay is starting to disappear it still remain to be the main commercial, health and education centre of Myanmar. The name Mandalay came from the Mandalay Hill which literally means circular plains. Just like any other place in Burma Mandalay was originated on the wishes of the ruler of the day which was king Mindon and it was in 1857.

They have considered the new royal capital at the food of the hill of Mandalay and it was then they started celebrating the prophecy of Buddhism as well. It was surrounded by 4 rivers and the walls have 3 gates on every side along with 5 bridges. Mandalay has been a major trading centre and it is also known as a communication centre too. There are lots of traders coming from China and India that have migrated to Mandalay that is why a lot of Burmese today have adapted the trading system that those people have which they also practice these days. 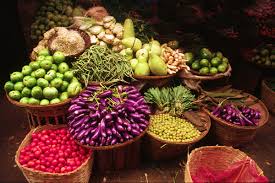 Some of the industries that are famous in Mandalay are silk weaving business, jade cutting, tapestry, wood carving, marble making, precious stone polishing, making of Buddha images and other ornaments for temples and many others. Brewing industry and distilleries are also famous there. The Chinese Ethnics have dominated the economics of Mandalay since 1990s. Once you come and visit Mandalay, you will see that there are cultural and religious centres that are surrounding the place.

There are also monasteries that can be found there. You can also find the distinct landmark of Mandalay which is the Buddhist bible at the foot of the Mandalay hill. If you will come and visit Myanmar which is the old Burma, you have to know first that they have 3 seasons there. They have cooler nights from September-February while during daytime they have 28° D but during March to May you may experience a hot and dry season. June- September is considered as rainy seasons so you may not enjoy your stay if it’s raining all over the place.