We went to a cultural village, coming back from Chiang Khan.  It is maybe around 20 km from Chiang Khan toward Loei city. I read about it in a book and wanted to see what it was like. At first, we saw almost nothing and thought it was a joke. There was just one house in bamboo, obviously built for tourist. My wife said it remembered her where she grew up in Maha Sarakham (she is from Korat but lived there when very young) about 35 years ago. Cool but I was disappointed. 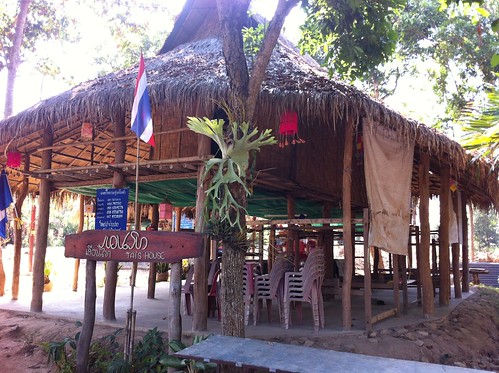 There are some explanations in Thai and if you are lucky, go in Friday. They have more activities to what we were told.

However, if you wanna see the real thing, you should go back in the village and look for the weaving factory. From memory, the location about at (17.797099,101.741767) on google maps. There is a shop, a weaving factory and a traditional house transformed in museum. It’s free to visit. 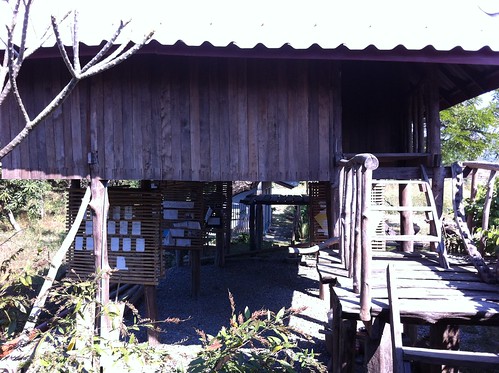 The handicraft are very nice and cheap. We met the people making them and they explained to us a little more. Dom is for “black” the color of the skin. The Tai-Dom were living in Vietnam/Laos. France gave some territory to China and the Tai-Dom moved into Thailand more than a century ago (I read 1905). They built that village, where you can see a lot of their influences in clothes and houses. 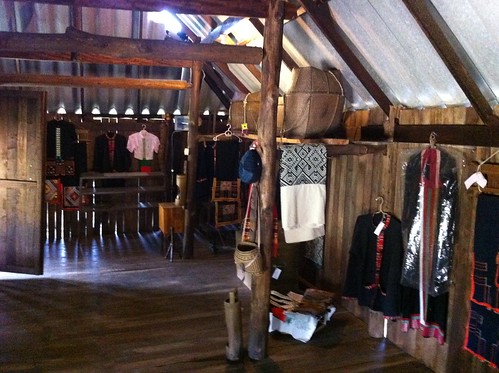 These people had their own alphabet… 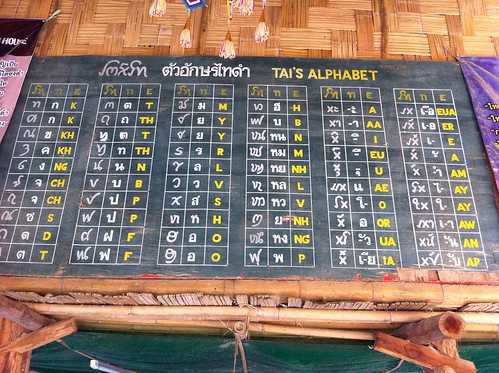 We bought some handicraft and sincerely, there was much more there if you can avoid the “tourist area” and go into the village. The houses remind me the south of China. If you are near Chiang Khai and love architecture, history and handicraft, this place is a hidden gem in Isaan.

Amulet and religious markets in Korat